Home » Common Traffic Violations In The Philippines You Should Avoid

Common Traffic Violations In The Philippines You Should Avoid

The Philippines is notorious for having high amounts of traffic infraction. It can be hard to know if what you’re doing is legal or not.

In 2016, there were 209,840 vehicle crimes registered in the National Capital area alone. This indicates that over half of all 468 512 motor vehicles operating within NCR’s boundaries incurred some infraction related to driving wrongfully or illegally on public roads.

The reoccurring vehicle crime may be traced to human mistakes. This includes many forms of distractions or obstacles and carelessness that a motorist frequently encounters, resulting in transportation problems.

We have compiled this list of common traffic violations in the Philippines so that drivers will know what they should avoid at all costs! This way, you won’t fear when you see other cars getting pulled over because you’ll know that their actions are within legality. Let’s check it out!

Philippine traffic violations have significantly increased due to drivers ignoring signs. DTS misdeeds nearly quadrupled from 2016 to 2017. In 2017 alone, there were 91,843 instances reported to MMDA, and the cost of a first-to-third offense is Php 150.00.

In 2017, there were 11,888 occurrences of loading and unloading in forbidden zones on EDSA alone. This infringement is punishable by a Php 150.00 for the first, second & third crimes.

Violation of traffic rules in Philippines is defined as the process of obstructing the free movement of another vehicle on highways when unloading freight or discharging people. This crime also involves operating equipment on a road that impedes another vehicle’s passage.

This infraction applies to the usage of any vehicle, including its attachments on thoroughfare and streets that are considered incapable of moving on its own. In Manila, this comprises junked and damaged vehicles.

The UVVRP is a strategy to reduce overcrowding on major public roadways during rush hours. The program restricts the use of vehicles by restricting individual license plate numbers according to their final digit.

This MMDA resolution states that all cars are considered unlawfully parked if they’re located within a prohibited area for parking or one designated as “NO PARKING” by local governments entities and authorities!

So, parking at junctions, in front of driveways, or within 5 meters of an intersection is illegal. Parking too close to fire hydrants and hydrant entry points also comes under this prohibition!

The law says that you cannot park your car anywhere where there are no parking signs posted so keep moving until you see one in these types of areas.

There are two sorts of illegal parking forfeit:

The MMDAs truck interdict ordinance requires that transport trucks pass along certain specified public routes at specific times and days in the week. A breach of this law is punishable by a fine of Php 2000.

On the other hand, transport trucks are not permitted to travel along EDSA except Sundays and holidays. Otherwise, the first, second & third offenses will result in a Php 500 punishment.

In the Philippines, reckless driving can result in a fine of $500 for your first crime, Php 750 for your second crime, and Php 1000 for your third crime.

Other penalties imposed to common traffic violations in the Philippines are suspension or revocation of your driver’s license. However, this does not prevent a criminal position from being filed against the negligent motorist.

Motorcycles may be an excellent way to move around town, but only if you know how and when to utilize them. That’s where the motorcycle lane policy comes in! This is especially true for riders who don’t wear appropriate gear (ex: no helmet, no side mirror).

The MMDA documented 6,370 incidents of this problem in 2016. Erring drivers face Php 500 for the first, second & third offenses.

It is common to commit this vehicle misdeed during peak hours to seek a quicker route home or escape road congestion. For the first time, you will be fined Php 2000, and your driver’s license can be suspended for 30 days!

It’s important to remember that our actions as drivers worsen traffic problems. Still, most do not significantly impact your wallet when monitoring these breaches.

Thank you for reading! Also, you may read our writing of any other article on Driving to get more thoughts on the subject. If you have any question, feel free to comment below or contact with Onroadtips.com

Hybrid Cars In The Philippines – All You Need To Know! CVT and Automatic are two different concepts that are quite popular and used by businesses worldwide. Both concepts have advantages and disadvantages, and comparing the two might better understand which works better for your business. Here is a quick comparison... 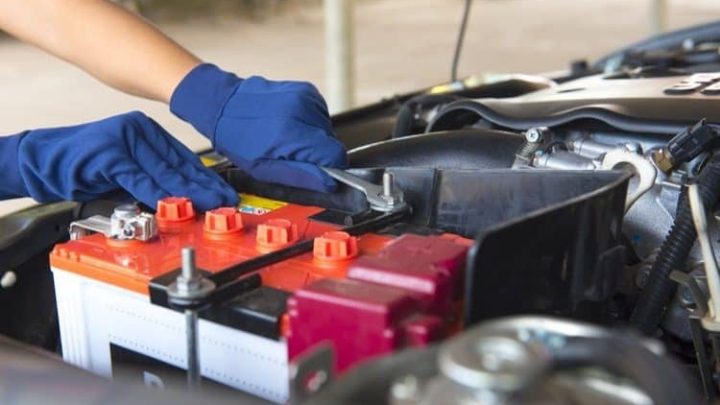 All You Need To Do To Have the Best Truck Battery

A truck battery is one of the most important things that a truck driver needs to take care of. The...

Introduction A good car can sometimes cost quite a lot; those on a low budget can also consider an auto...